So, I'm skimming through headlines this AM and I see one regarding that horse's ass Ted Cruz.  He's now saying he was totally for disaster relief for the victims of Hurricane Sandy, but... he still voted against it.  Even though this moron is putting some spin on it, the truth is that not only did we have a Democrat in the White House, he happened to be black.  In fact, it wasn't only Ted Cruz who shit in his pants on that vote, so did every one of the Legislators from Texas.  For those of you who don't know, this is called Karma.  He claims there was too much 'pork.'  If you don't think those hateful Conservatives will attempt to pop as much 'pork' into disaster relief for Harvey, you don't know Conservatives.  I can see the Idiot Jerk in the White House trying to tack on funding for his 'wall.'
And how about that Christianist horse's ass Joel Osteen and his non-denominational Lakewood Church?  The key words here are 'non-denominational.'  That means he has no accountability.  He and his believers are their own entity.  And evidently, a Higher Order wasn't speaking to Joel, who totally ignored weather forecasting that Harvey was going to create floods of Biblical proportions, cancelled Sunday Services and... get this... kept the doors of his church closed.  Oh, and in case you didn't know, his Lakewood Church is in what used to be called The Compaq Center, the arena where the Houston Rockets used to play... where that team won 2 NBA Championships.  Yeah, you read that right, he kept the doors to an arena closed! 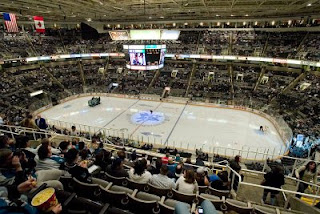 Now they're saying that even though his phony house of worship is high and dry, the flood waters are too deep to get to it, making it inaccessible.  Am I the only one who sees a parable here?  About the empty house on the hill and a sea of slowly drowning humanity surrounding it?
And finally, my hat goes off to Anne Marie of Philly who has 18" biceps!  That makes them almost as big as my thighs!  You Go Girl!