So, here it is Monday, the start of the work week... but not for me.  This is day number 5.  Tomorrow will be day number 6.  Of course, I have off for 9 days after tomorrow and to be perfectly honest, the idea has occurred that perhaps my back might be in a weakened state tomorrow morning and I might have to make it 10 days off... in a row.  I do get these notions from time to time but rarely follow through... mostly because I hate using my personal time.  This is not the case for other people.  Yesterday, for example 2 of my fellow associates called off leaving me by myself in a department that's supposed to be double staffed.   There was much fun and hilarity... well, not exactly, but I did survive.
Politically speaking, yesterday seemed to be pretty quiet - the Idiot Jerk is on vacation but we know that's horseshit.  He's going to be doing what he always does, sit on his dais waiting for his supporters to kiss his ring... oh, and watching Fox News, the only major media outlet to kiss his ass.  In fact I do believe they're all on vacation, all of those GOP sycophants gone home to their hate hovels to brood about September when more shit is going to hit the fan.  Sure, they say they're going to come back and work on Tax Reform (that's what they call tax cuts for the 1%), but that will never happen.   What they're really going to be doing is working on funding the government because it's "running out of money."  Catchy phrase, isn't that?  "Running out of money."  Almost musical.  "Running out of money."  A taunt, almost toward the party that fails to govern.
Oh, and I see Chris and Anna are splitting up.  Supposedly social media is going crazy...  prioritizing the breakup of a celebrity marriage over every thing else that's going on in the world.  Now, I'll be the first to admit that since Chris has lost weight and starting hitting the gym he's transformed himself in a ginger extraordinary...  but his getting a divorce just turns he and his wife into ordinary people... unless there's dirt... and then they're just ordinary people with dirt. 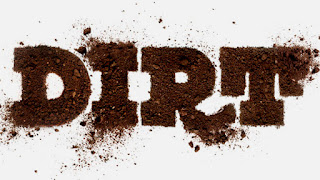 Ah well, time to head off to the store.