A few words about tats.  I see a lot of them now-a-days and one of the first things I do is look from the Tat to the person sporting it for the world to see.  Should they have gotten it?  Sure, in some people's minds the body is a canvas on which to paint, but not all canvases are created equal.  If you're a male who's 5'10" and weighs 210 lbs don't get a tat you will need to show off.  Your canvas may be broad but it is not something one might really want to look at.  Please take this into consideration.  Let's say your wife or girlfriend or female person you hang out with has just had a baby and you're so overwhelmed you have the baby's face tattooed on your arm.  And let's say you're more then a smidgen over weight.  And let's say you suddenly loose fifty pounds.  That cute little bundle on your arm suddenly looks like Grandma Moses.  Or say the opposite happens and all that beer you've been drinking catches up with you.  Oh, shit, you suddenly have an unrecognizable melon head on your arm.

I'd advise against getting a Tat if you're over a certain age.  In spite of what you might think it is not going to make you look cool to a crowd twenty years younger then you.  They may compliment you on it, but it's not going to make you fit in any more then you already do.  If you chose to get a Tat make sure it is age appropriate.

Remember, as you age your body is going to change and as it changes so does your skin.  The Tat you get today is definitely not going to look the same twenty years from now.  If you go to the gym, you will need to go to the gym.  If you're a guy and you stop those firm pecs of yours are going to turn into saggy man boobs.  Think of this before you have some sort of massive breast plate inked onto your chest.  The same thing is true for girls.  I once worked with an eighteen year old girl who was a little on the chubby side.  She got herself a tramp stamp...a really big, tramp stamp.  Two months later she was 5 pounds heavier (she ate a lot of donuts) so uncouth me told her she needed to watch her diet other wise "ten years from now that stamp's going to be hanging down over your ass."  She was not at all appreciative.

Another thing, don't say you're going to get a Tat to show your individuality.  A couple of million guys said that and then went out and got Tribal Tats just so they could all look alike.  Talk about originality.

If you need to get inked, my recommendation is to practice discretion.  Think about how your body is going to look twenty or thirty years from now.  Remember, pretty colors fade and dark indigo remains and touching up can get expensive.  Most important, this is a trendy thing which is happening and unlike trendy hair styles (mullet or Mohawk?) which grow back, a Tat is going to stick around for a long, long time.  Getting them removed is very, very expensive. 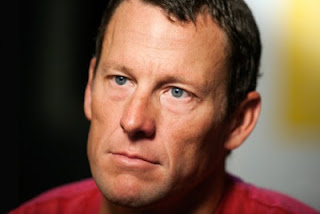