Well, it's Tuesday and I slept late.  I stayed late, just in case you're curious.  I watched The Adam Project with Ryan  Reynolds.  Like a lot of movies on Netflix, it starts strong but then...  Time travel stories have always had problems and this movie has them in spades.  The greatest tenet about time travel is that you don't tinker with the past.  Well, the writers flushed that tenet down the toilet when they sat down in front of their computers.  They warn the audience about tinkering, and then they tinker like hell.  Relying on science is always helpful when making a science fiction movie.  Of course, I tend to think about things like that.  If you're one of those people who like to simply sit there and let the images flutter in front of your eyes, this movie just might be for you.

I'm picking up Biggie's med today.  He's getting a full month's supply of the gabapentin.  I'm buying it from the Vet pharmacy, which means I will have to grow another arm or leg, but then his next refill will be coming from Pet Meds.  He will be taking 2 pills every 12 hours for the rest of his life.  I am so glad he eats anything.  All I have to do is tell him it's a baby biscuit and it's down his throat.

Will Smith's slap is still reverberating across the country.  He apologized on social media.  However, the apology sounds rather trite after you watch and listen to the uncensored version.  Nothing bangs up respectability as much as publicly shitting in your pants.

And finally, of course, Donald (the Orange Anus) Trump got some more bad news yesterday. 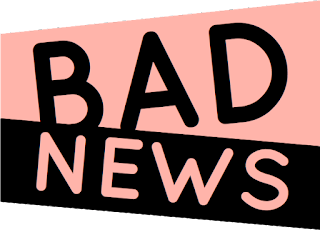 His time is running out.  He, and the Trump crime family, need to sit for their public depositions within 23 days.
Time is flying fleetingly fast for Ted Cruz.  Connections are being made between him and John Eastman,, the corrupt attorney Trump turned to to steal the election.
There also turns out to be a time lapse, a full seven hours long, in the communication logs from the White House on January 6.  That's a ticking time bomb, you know?  Nixon had one, and now so does Trump.