Not the End of Days

Well, say hello to a sunny and cold Sunday morning.  We're an hour later because of Daylight Saving time.  We lost an hour.  Personally, I think we should stop changing the clocks twice a year.  More sun later in the day works so much better for so many people.  Let's stop the change. 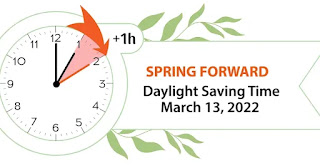 Weather wise, we ended up with about 4 inches of snow and a lot of gusty winds.  I have a lot of mini-drifts around the house, nothing worth taking a picture of though.  The temps today are suppose to climb into the very high 30's (F).  Tomorrow up into the high 50's (F).  By Thursday they're supposed to hit the 70's (F).  That's a little too warm for this time of the year.  Of course, no one's thinking about that.

So, I'm reading Lost in Space 2 and while there are lots of publicity photos and behind the scenes photos, there are also bits and pieces that are quite interesting:  Bill Mumy lived close enough to 20th Century Fox Studios he rode his bicycle to work.  Another fun fact: the change from the drama and scifi of the first season to the absurdity of the final season was initiated by CBS because the show aired at 7:30 PM on Wednesdays, which was 'family hour' and they didn't want anything too intense for the little kiddies.

The heating pad I bought for Biggie might work if he laid on it.  He doesn't.  In fact, he'll lay down beside it.  I'm planning on calling the Vet tomorrow and seeing about putting him on the Gabapentin.

And one of the things that caught my eye was the fact that there are a number of Evangelical pastors attempting to link what is happening in the Ukraine to the End of Days.  Holy Shit. Literally!  A lot of the Cracker Jack Crazies are getting desperate.  Many of them believe God sent DOA Trump to give them 3 conservative Supreme Court justices in order to overturn Roe v Wade.  One can only wonder why He would do that if we're in the End of Days.  It wouldn't really make any difference, would it?  However, many of us know DOA Trump had nothing to do with those Supreme Court justices; it was all Mitch McConnell, which means they really got that wrong.  Keep in mind, this is a very desperate bunch of people.  They've been waiting 2200 years (give or take century or two) for the End of Days and it hasn't happened.  Desperate people will believe anything.  The truth is their extremism is only going to leave them with a flat tire.