Can you believe the weekend is here already?  Some will be off work, others will still be doing their daily grind.  I get to work.  This coming week I have 4 days off, and still manage to get over 20 hours in at the store on Monday, Saturday, and Sunday. Weekends, I suspect, will be busy.  Ho Hum.

I ordered a A/C window unit for the the workout / computer room, a smaller version of the one I bought for the bedroom.  Sunday and Monday the temps are supposed to rip up into the mid 70's (F) before falling back into the high 40's (F) and mid 50's (F), so I guess the groundhog was wrong.

An out of tank filter was ordered for the aquarium in the living room, the same one I have for the big tank.  One was included, since the tank was part of a 'kit,' however it's really a filter board which needs to be changed often in order for Netfin to make as much money as possible.  I'm also looking at replacing the top and buying a different LED light.  I expected to do this, since all I really wanted was the tank.

Biggie's on his new carprofen regime.  One in the evening and one in the morning.  We shall see how this works.

Another minor character has been added to The Body Under Ice :  Delores.  Now, isn't that a nice name.  She owns, manages, and during the off season is the bartender of Hennepin's, the bar / restaurant where Lois and Clark spend a lot of their time.  For those interested, Hennepin's gets its name from Hennepin Point, which is south of Voyageur's Bay.  I understand ice fishing is very, very good in Voyageur's Bay, at least that's what Charlie Beecham tells me. 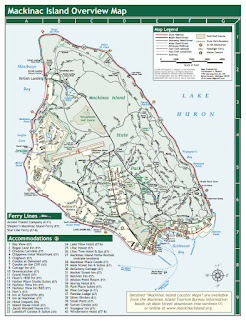 The Ukraine is disappointed that NATO has not designated a no-fly zone for its airspace.  I think most agree that doing so would give Putin just reason he's looking for to expand the ground war.  Remember, he has absolutely no qualms about sacrificing the youth of Russia to get what he wants. Lives matter not to him.  He will only stop when the Oligarchs jerk his leash hard enough.  The fact that the Russian Parliament (or what ever they call their legislature) passed a law to jail those who speak the truth about the war, in conjunction with the decision to begin shutting down Social Media, is a sign of desperation.
Posted by Dave R at 8:31 AM