Well, it's Monday and that means I have a full day of work ahead of me.  This I don't mind, since these days only happen once a week.  After today, I don't work again until Saturday.  I can deal with that.

Outside, the temps are in the low 60's (F), a sign spring is rushing headlong towards us.  Though we've still got about 2 weeks.  Thursday, they're calling for mixed precipitation.  The night time temps are going to drop down below freezing.  In a few weeks I'll be able to begin planting the summer flowers.

I changed out the water filter in the new tank yesterday morning to the same Cascade filter I use in the bigger tank.  The new light arrives today and the new, glass top arrives tomorrow.  The change over from the 'starter aquarium kit' is moving nicely.

I watched "The Power of the Dog," last evening.  This is an extremely good drama about some very flawed people.  They fall prey to their individual weaknesses, weaknesses which are easily exploited, and for some these weaknesses lead to their own personalized downfall.  Heroes do exist, but too often they fall outside of the standardized definition.  Even bunnies have importance in this film.  I will watch this again because I know I missed so much. 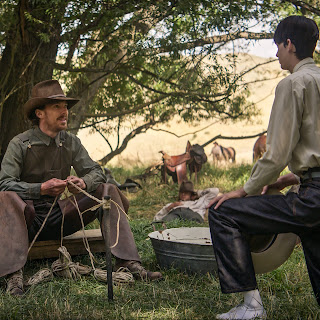 For those of you who didn't hear, there was this big convoy of crackpot conservatives heading to Washington to cause a great disruption.  They were anti - mask, at first, and anti-vax, in fact, they were anti-everything they didn't like.  They were going to drive a slow loop on the Washington Beltway, jam up traffic, create a nuisance for every other driver in Washington... and, well that didn't happen.  Simple Sunday traffic was their downfall.  Now they're going to try it again today.  Their tactics might work on a two lane black top, but they are just not made for a multiple lane express way.
This demonstration of selfishness is in itself a downfall for those foolish conservatives who don't understand how stupid they look.  But then, these are conservatives whose favorite word is 'my,' and who don't have a single consideration for anyone else, unless they, themselves, benefit from the consideration.

Email ThisBlogThis!Share to TwitterShare to FacebookShare to Pinterest
Labels: conservatives, convoy, The power of the Dog, truckers, Washington, weather