Friday.  Yesterday was somewhat eventful in that my eyes were dilated for my eye exam.  My eyes are fine.  They're still blue.  A long time ago an ophthalmologist diagnosed me with Glaucoma., the same doctor that Maddie's mother went to.  Laser surgery was done on both of my eyes and eyedrops were prescribed.  Getting refills was an aggravation because the prescription was always for a very expensive brand not covered by my insurance. I began going to the VA when the Doc retired and... what the hey!  I don't have Glaucoma.  The pressure in my eyes has changed in 4 years.  I am borderline.  Honestly, I don't think that should come as a surprise to anybody.

My Veterinarian's assistant finally called me back yesterday as I was on my way to be dilated.  Biggie's going to stay on the carprofen.  Instead of 2 pills in the morning, we're going to try one in the morning or one in the evening.  Hopefully this will work.  The only other option right now is to add in Gabapentin.  Crap!  My mom used to take Gabapentin.

Two minor characters have been added to The Body Under Ice:  Lois and Clark, two barflies who hang out at Hennepin's, one of the few bars / restaurants that stays open year round.  Tourists flock there in the summer, locals hang out there in the winter.  Some may find it difficult to believe, but Lois and Clark drink more than Eli and Max. 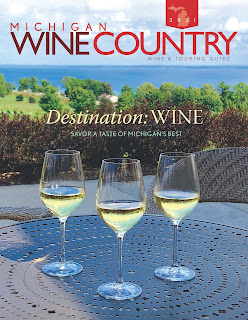 Of course, Billy Barr's coming out with an explosive book on Loser #45.  I know this because Billy has started making the PR rounds, spitting out tasty little morsels of gossip whose sole purpose is to entice you into buying his book.  I won't.  That little bit about Trump becoming enraged when he was told there was absolutely no voter fraud?  Sorry, Billy's not taking us across the border into unfamiliar territory.  Now, if Billy had said Trump took the truth well, that there was no voter fraud, and had smiled and said "well, I guess we've got to come up with a big lie?"  That would have been fertile territory.

And, of course, Putin is still pushing more troops across the border into the Ukraine.  I did like this bit in Al Jazeera regarding his Imperialistic beliefs.  The part about how Russia will pay for this invasion for years to come is so on point.  The only way this could have been in any ways successful from him would have been for the war to be over in 3 or 4 days, before the world had a chance to understand what was going on.  Now he's going to be sacrificing young Russians to guerilla warfare for years to come.  And it will spread across the borders.