Crap!  I've got to say this past 2 days, my retail weekend, I did more slacking than I have in the past... oh, couple of years.  Nothing.  I did nothing.  Well, not quite.  My front lawn was mowed yesterday, and I ordered some walnuts.  Oh, and I also got over 2000 words written.  But yesterday, mostly what I did was play a Star Wars game on my Xbox Series S in between loads of laundry.  Crap!  I hate being so unproductive.

As I said, I ordered walnuts.  I've started making my own snack to take to work.  Up until a few weeks ago I used to chow down on really high sodium content combo of Doritos and Fritos I bought from one of the machines in the lunchroom.  No More.  I used to get my ration of daily nuts in my breakfast, but that has changed, too, so now I make a snack.  Walnuts, almonds, banana chips, and berries.  Right now I'm using dried blueberries.  When I get low, I'll order some dried cherries.  Believe me, this is quite tasty and much healthier. 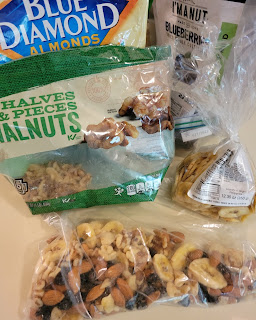 I also began organizing things better on my PC, deleting scores of old pics I've used in this blog.  The ones I saved are now in organized files which are now stored up in One Cloud as well as that new external storage I purchased a while back.  I want to be ready just in case something happens to this aging computer.  I don't want to chance losing anything.
And what about Cuomo?  He should resign. He's a Democrat, not a Republican.  We usually handle things in the proper way.  I'd be really pissed if he trots his wife out onstage and she says she forgives him.  We've seen that so many times from Conservatives who rely on foisting that "my marriage vows are sacred" routine in order to avoid judgment by their base.
Finally, I was glad Biden called out Florida and Texas on their failing Covid strategy.  I will never understand these people who feel it's better to sacrifice human life in order to keep save your economy.   Because of these beliefs, the economies in these to states are going to suffer drastically.