Yesterday was another slow jog at work.  This is not the time of year for people to think of installing new floors.  They brought in Chik-fil-a sandwiches for lunch, or as one of my fellow associates called them 'Jesus chicken.'  I wouldn't pay for it, but I'm not going to turn down free food, either.

Thanks to an hour on the treadmill before I left for work, I had in over 13,000 steps yesterday.  When I do that, my back is good for the day, it's not until I early in the evening that it begins to get achy.  I figure I must be doing something right.  I'd like to be able to go to my Pain Management appointment and tell them they took too long, that I healed myself.

We also had a dusting of snow last night, barely enough to cover the windshield of my car.  If this year plays out the same as the last two years, the only snow we're going to get will be in December.

So, we have this dipshit working in our plumbing department.  There is no connection between the word plumbing and dipshit, in case you're wondering, though, at your own discretion, you can replace dipshit with conservative since they're the same thing in this case.  He was going on and on about Kenosha, the 2nd amendment, and how there needed to be a god because we needed a creator to start everything.  It got to the point where I started telling him to go away.  "Go back to your own department," I told him several times, and that his opinions weren't wanted.  And that dipshit thought I was joking. 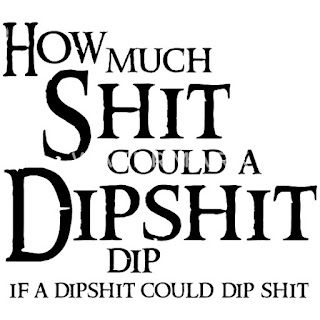 Oh, and in case you're a little confused by the articles in the news, Omicron is already here.  Now, isn't that ominous?  Oh, and the dipshit?  He's not concerned because he believes Omicron is bullshit.