Biggie didn't eat his dinner because he had a booboo belly, it made cranky noises all night.  He's fine today.  He's on a low dose NSAID for dogs because of his arthritis (it runs in the family).  He's supposed to get 2 when he needs them.  Usually, I give him 1.  Yesterday he was really stiff, so he got 2.  I don't think his belly was ready for 2.

Today I'm changing the media in my tank.  The filter is on the bottom shelf of the stand, that means not only bending over, but getting down on my knees.  Not fun stuff for me.  Still, it has to be done regularly.

For those interested, there will be a Dr. Who reference in The Body in Repose.

Oh, and I ordered the last of my Christmas Presents yesterday.  An Xbox Series X.  The top of the line.  Since I already have a Series S, I'm going to sell that one.  Usually I give things away, but it's only 4 months old, and it was $300, and it's paid for, so I'm going to try and offset the cost of the Series X.  The new console should be arriving on Wednesday.

I baked cinnamon rolls yesterday with nuts.  The recipe didn't call for walnuts, but I like them, so they were chopped up and mixed with the cinnamon filling.  Oh, and I didn't put cream cheese in the frosting, my attempt to keep them from being overwhelmingly rich. 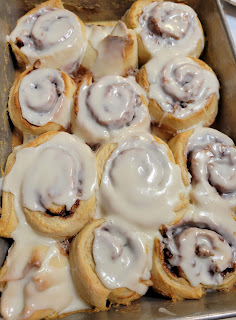 On the Rittenhouse verdict:  His defense won the case when he broke down sobbing on the witness stand.  Listening to him, and watching his mother, I gather he is possibly a little below average intelligence.  Conservatives love people like him, and as such, he will now be their tool, quite probably for the rest of his life.  The message sent was that vigilantism is okay, which is not good.  Conservatives don't understand vigilantism is a 2 way street, and this trial set a very high precedent.  Outside the courthouse several people shouted out "2nd amendment!"  That made me laugh because these assholes believe they are the only ones to own guns.  Pardon my French, but these people are fucking nuts.