Cool Sunday morning here.  That's fine.  We're heading towards winter so things might be getting a bit cooler.  Of course, winter's difficult to predict right now that Climate Change is upon us.  Last year old man winter was a little feeble.  We'll have to see if he's picked up any strength in the past 10 months, or if he's going to turn reclusive, at least in this part of the country.

I'm only scheduled to work 5 hours today.  No lunch break.  I'll take a banana and some snacks.  I bought a cantaloupe, so I'll probably take some of that.  Yesterday, while I was eating lunch, an older associate  asked "do you always eat healthy?"  Take a second and think about that question.  For breakfast I'm making my standard oatmeal:  almonds, walnuts, cinnamon and honey.  What will this associate eat?  Probably a frozen Jimmy Dean sausage egg biscuit, high in fat and sodium.  By the way, most people don't have a 2000 calorie diet, even when I'm active, riding about 10 miles every other day, I stay below 1800 calories. 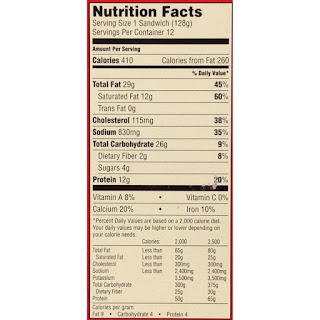 There was a lot of commentary about Kevin McCarthy's silence regarding Gosar's violent anime, the one where he kills AOC.  The anime disappeared soon after it was Tweeted, having already fulfilled it's purpose.  All the while McCarthy says nothing... well, actually, he says a lot.  The craven stench for power surrounds him.  He will allow anything to happen if it helps him become Speaker of the House.  Don't forget, that position puts him just a few steps away from the presidency.  His hunger for power is so great, nothing is sacred to him.