Out Armed and stupid

Well, it's Sunday and I have to work a weird shift: 2 - 7.  Five hours means I don't get a lunch, but I will take a break where I will snack upon one of my cinnamon rolls.  One thing different about this recipe is that before baking, you pour a cup of heavy cream over the pan which forms a gooey, tasty sauce in the bottom of the pan.  Simply scrumptious.

I've been hitting the treadmill regularly, choosing jogs (though I walk) in major cities.  There is a great one through Central Park, and yesterday I was in the UK... London, to be precise.  Filmed a while back, no one is in masks.  The walk in the park?  A lot of people are wearing masks.  Yesterday I hit a speed of 2 miles per hour without holding onto the side rails.  I was very pleased.

Biggie's booboo belly has been replaced with the most odious gas that's so bad you want to leave the room.  Of course, being a dog, he thinks his every fart smells like lavender and rose petals.

I also bought myself a Butterball turkey.  17 pounds.  That sounds big for just one person and... well, I suppose it is.  But the dogs will share.  They'll get the skin.  Remember, most of that bird is going to be frozen for later.  The label says all natural without hormones, so I guess they also sell birds with prosthetics that are genderless. 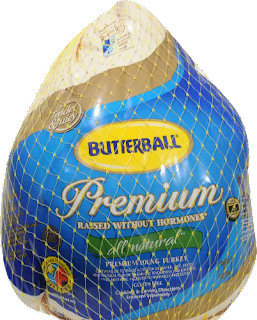 Evidently there were no large scale protests about the Rittenhouse verdict, mostly, I suspect, because many already suspected what the outcome was going to be.  One of the things I found rather amusing was some of the MAGAs waiting outside the courthouse shouted "2nd amendment!"  These people are so damn stupid.  Losers like Boebert, and that bottled blond Marjorie (something or other) lie to themselves constantly.  They, like Madison Cawthorn (Sp?) believe those of us who want gun control are anti-gun.  Because of this illogical thinking, they've jumped to the conclusion that on those who shriek 2nd amendment own guns. Who in Hell do they think bought guns when Trump got his electoral college win?  Duh.  The idea that someone who is not a conservative would even consider buying a gun is totally alien to them.  How many times do I have to tell you, these people are dumb as hell.  Most of them make Kyle Rittenhouse look like a genius... and that ain't saying much.  The idea that they are out-armed doesn't even enter their consciousness.