So, it's Wednesday and for some reason I keep thinking that it's Thursday, probably because I'm anticipating having Friday off.  In case anyone is wondering, I have every Friday off.  I'm unavailable on Fridays.  Well, I am, but I'm not, if you know what I mean.

The Black Friday clutter is beginning to take hold of the store again.  Happens every year.  They advertise this as the Pre-Black Friday, however not much is going to change for retail's holiest of holy days.  Well, they will bring out more junk.  Things the never sell, like toasters, and bar stools.  The dog beds are already out blocking the aisles.  Sorry, I would never buy a dog bed from Home Depot.

I had to relocate one of my fish yesterday, a red mollie.  He was in the teeny 5 gallon, now he's in the big tank.  Mollies are very good community fish, but this guy has a bit of an attitude.  He kept going after a golden lyre tail molly, so now he's with the green mollies.  He's also in with the angels and the golden barbs.  We'll have to see how well he adapts.

My neighbors had to put down their corgi last week, and asked if I wanted the food.  I said, sure, I don't like really mixing foods.  Two nights ago she brought over a big bag of Hill's Science Diet.  This morning my dogs each had 2 cups.  My God!  You'd have thought I'd been starving them for weeks. So I added a large bag to their Chewy's autoship.  A bit pricey, I think. 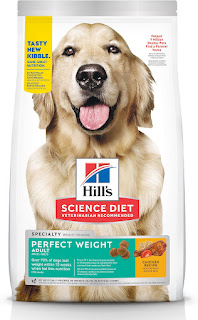 I understand there's consternation among the Republicans in regard to Biden's infrastructure bill.  McConnell has gone so far as to say it will be a godsend for Kentucky.  I suspect this bill is also going to be very well received in other less financially secure states, like Alabama, and Louisiana, and Arkansas.  These are states where for far too long the GOP has focused on putting the Ten Commandments back in classrooms, rather then high speed internet, or crumbling bridges.  States like Michigan where they tried to shove the issue of lead pipes under the carpet because to fix that issue they might have to increase taxes on the wealthy.  Yeah, the wealthy, those people who live in areas where they don't have to worry about lead in their water pipes.