The Stuff of Dreams (and nightmares)

Finally, Friday.  Because I'm kindhearted, I voluntarily worked 6 consecutive days this past week.  Rousing myself from bed this morning, the likelihood of that happening again is rare.  Perhaps if 2 of the shifts hadn't been from mid-morning to midafternoon I might feel differently.  Those 2 days played havoc with my schedule.  Now it feels like I'm going to be playing catchup for the rest of the weekend.  That's catchup... not ketchup.

Weatherwise, the temps are predicted to be in the comfortably low 80s (F).  The outside temperature was 67 (F) when I got up.  That's nice.  Windows are open to let in the cool morning air.  We're almost halfway to autumn, and the changing of the leaves.

I watched the last episode of Moonhaven last evening on AMC +.  The show is a quirky, science fiction / mystery though I don't know if it's going to get renewed.  I also watched the first couple of episodes of The Sandman.  That I liked.  Lots of language.  Some violence.  And Tom Sturridge in the pivotal role.  I can only wonder if he's really this thin. 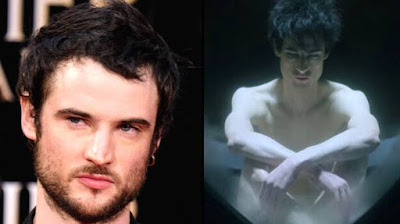 Of course, Merrick Garland told the world yesterday that he wanted the search warrant for Mar a Lago to be made public.  Rumors swirl that some of the documents Trump took involve our nuclear capabilities.  Laura Ingraham poopooed that suggestion, to show any indignation would show disloyalty to the icon of evil to whom she has sworn fealty.
Then, after midnight, Trump ((or one of his minions) released a statement saying he wanted to search warrant to be released.  Keep in mind, there is a big difference between saying he wants something to be done and actually doing it.  He has until 3PM this afternoon to actually sign the papers.  Purportedly, his legal team is in discussion with the DOJ about...  something.
And then there's the 'mole.'  Supposedly the idea that one member of his inner circle (6 - 8 individuals) told the FBI not only what to look for, but where to look is something he can barely grasp.  Disloyalty.  If he dreams at all, this is the stuff of his nightmares, that someone might not have allegiance to his every command.