The Age of Empires is Past

Holy Crap!  Did I sleep in late this morning!  That was not my intention.  I even went to bed early 10 PM, however, this morning when my alarm went off, I went back to bed.  Damn!  Not exactly what I wanted to happen.  Good thing I didn't have any early morning plans.

While the coffee was brewing, I check the mouse traps - nothing. so, the one I caught may have been going it solo.

And yesterday, since the little laptop was once again working, I added another 45 minutes to my walk through Pompeii.  Interesting point, for the first half of the 5-hour walk, the guide was popping in lots of subtitles regarding points of interest, now, however, as I approach the end of the walk, all he does is identify the houses by name which is disappointing.

I made strawberry French toast for breakfast.  It was rather tasty. 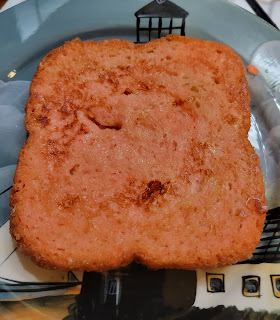 Evidently Aileen Cannon, a Trump appointee in Florida is considering possibly appointing a Master to review the documents seized by the FBI.  While this Master may get to review certain documents that might have attorney / client privilege, it will have no bearing on those documents posing a national security risk.  As a delaying tactic by Trump, this is failing since it only covers his personal notes, papers, and letters, like his order from McDonalds, or the perfume drenched notes from Kim Dumb Shit from North Korea.
Ain't it great Mastriano can't seem to get a break?  A picture surfaced of him wearing a confederate uniform for a group shot of teachers at the Gettysburg War College.  As Adam Kinzinger pointed out, he's wearing the wrong uniform.  Pennsylvania was part of the Union Army, from the North.  So far Mastriano's team has not responded as to why he was wearing the uniform of traitors.
And finally, a bit about the 2 large authoritarian governments on this planet.  To put it mildly, Trouble is brewing for them.  Russian troops in Kazakhstan are refusing to return home - the don't want to be sent to the Ukraine.  And Chechnya? That country is arming itself because they don't Putin invading them next.  His 3-day work, which has been going on for over 6 months now, is going poorly, and the Russian people are starting to realize he fed them a lie.
And Xi, in China?  His zero tolerance for Covid is devastating that country's economy.  People can't build cars, or make phones, or cuckoo clocks when they're forced to stay home.  Someone needs to tell these losers that the age of empires is past.  Their only choice for survival is democracy.