So, on the last day of my teeny, weeny vacation I went to see Elton John in Philly.  Had I used my infinite wisdom, I would have purchased the tickets when the went on sale, I didn't.  As it was, I paid a much higher price than their Face Value.  IT WAS WORTH IT!
Our seats were great! 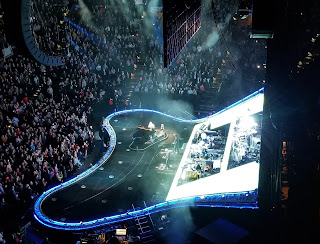 Almost 3 hours of music and memories.  He told about how when he and Bernie were just starting out without any real hit to their names, their producer called to tell them a singer was covering one of their songs on her album.  The singer:  Aretha Franklin, and she recorded "Boarder Song," a song he doesn't do often in concert.  We heard it last night!  He did a number of songs which aren't normally on his set list, like "Take me to the Pilot," the song that launched his career when he played it at the Troubadour in LA back in 1970.  He played "Indian Sunset" from "Madman Across the Water," a song he rarely plays in concert. 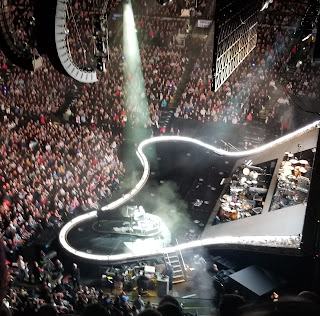 You'll notice his piano moved from one side of the stage to the other so everybody got so seem him perform.  All of his hits were covered... oh, and there was a lot of thunder and lighting  and fog introducing "Funeral for a Friend." 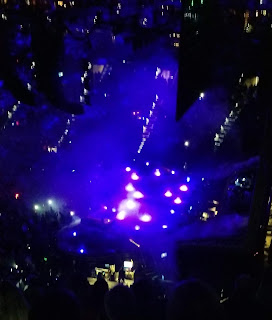 Without a doubt, this was one of the best concerts I've been to.
Traffic, however, was not so kind:  rush hour going into Philly and then construction as we left.  It took over half an hour to cover the three miles leading to the Conshohocken exit.  Son of a Bitch!
Today will be a rest day.
Oh, and I need to get my ass on my bicycle since I didn't get a ride in yesterday.