Well, I get to go back to work tomorrow.  As you might expect, I'm not too excited.  I get to work 6 days before my next day off, and that one day happens to be Thanksgiving.  As you know from previous gripes, I prefer consecutive days off.  And, of course, I have split days off on the following week as well.
I went to see "Midway" last evening.  I found the film very entertaining.  There were a lot of old men in the theater, none of whom were wearing red MAGA hats.  The film gets a lot of things right, from Pearl Harbor to the snippet with director John Ford filming the battle of Midway.  What they got wrong?  Very little mention of the carnage being wrought on American soldiers and sailors throughout the region.  There's a reason it was called Hell in the Pacific.  Because the focus was only on one sea battle, the scope is minimized.  The filmmakers didn't need to make an epic, but they failed to let the audience know the Japanese were handing our asses to us on bloody, little plates.  However, I will tell you that without a doubt the biggest shock of the evening was seeing Dennis Quaid.  That man is not aging well at all!
And I finally put on my new Bigfoot socks yesterday and went for a ride. 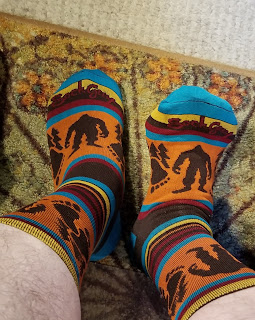 This was my longest ride so far:  19.15 miles.  It took me an hour and 9 minutes and is rated a Category 3.  I've also started a new challenge:  But 14,400 kilo joules of energy in the next 17 days.  As of this morning I have 16% completed.  This is one of those things I need to do to move on to the next level.
Oh, and did everyone get a chance to see Devin Nune's eye roll yesterday?  Holy Shit!  That's what he's saying with his eyes.  It was almost as funny as the Idiot Jerk's sharpie notes, the ones scribbled on a piece of pad that say "I want nothing."  For those too young to remember, Nixon said something similar.  His phrase du jour was "I am not a crook."  Yesterday was not a good day for the moral degenerate in the White House.  One thing I heard about but haven't seen a clip of was Ken Starr on Fox News.  Ken said a lot of things, mostly trying to bolster all those breaking Republican hearts.  He also said something to the effect that he wondered if the Republican Senate was going to send a contingent to the White House and recommend a resignation.  I hope they don't.  I want to see this scumbag dragged through the mud a bit longer.  Oh, and that low rumble you hear is the sound of Republican wagons being drawn into a circle. 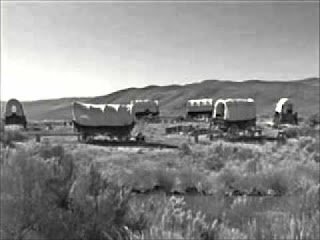