For those of you who don't know, today, in America at least, it's Black Friday.  This is the day we celebrate rabid commercialism.  At some Walmart today someone is going to get punched in the face, or trampled.  In fact, that may have already happened.  There are so many Black Friday deals out there which aren't really deals, unfortunately Consumers have been trained like seals doing tricks for fish.  We have a laminate floor on sale for .49 a square foot.  People will buy it believing it' has at least somewhat good  quality.  It doesn't.  It's cheap.  It will sell because it's Black Friday.
My schedule is fixed so by the time I get to work most of the crowd will be gone.  There will be food, however.  Today will be a grazing day.  So much so, I doubt if I'll feel like riding when I get home.  I'll catch a ride tomorrow evening.  Today it's Mexican.  Yummy stuff. 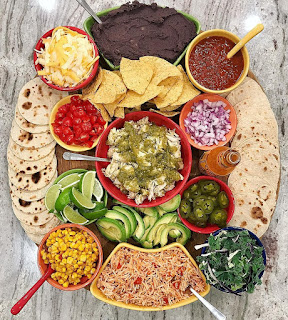 Tomorrow it's going to be meatball subs.  Sunday is some sort of hot dog day.  I'm not working Sunday so I don't really care.
Evidently the Idiot Jerk in the White House showed up in Afghanistan yesterday.  Smart people will understand he needed to go, there's an election next year and his unpopularity is staggering.  Right now his party is struggling to hold on to their base, to keep them from sliding through the cracks.  What will hurt them in the election is a Conservative electorate which stays home.
Oh, and I saw where Obama is quietly dropping subtle warnings to the Democrats about moving too far to the left.  While there are a lot of Lefties out there, the country is overwhelmingly Centrist.  Stay in the Center.  Keep the majority happy.  Don't do what Republicans do.  The first they do whenever they get in power is tell you to "shut up."  This is always followed by "we're in charge," which is their way of saying "screw you" to the masses.
And for a final bit of political humor, I saw where Boris Johnson has asked the Idiot Jerk to stay out of their elections.  Now, ain't that a hoot!