Is the RNC happy they're only going to have a 3 day convention?

I suspect so.  Sure, both parties love national conventions, they get a lot of news coverage to stoke up their bases.  We get speech after speech after speech with a lot of music and glitz thrown in to hype up the excitement.  A lot of liberal and conservative raw meat gets thrown on the grill to sizzle, energy food to fire up those sitting at home in front of their TV sets.  There is also the hope a lot of Independents and swing voters will tune in and find themselves sway either to the left or to the right.  I'm sure there is some consternation about the Republicans now because a little thing called a hurricane has whittled their convention down from four days to three.  Still, I wouldn't be surprised if there were not a lot of party officials aren't feeling a bit relieved.  Why?  Because it gives them only three days in which they might have to deal with the issue of Romney's faith. 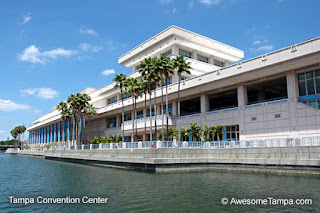 That is going to be an issue among Christian voters, an issue they would like to bury under a rock.  I suspect there are a lot of Christians out there who think being a Mormon is similar to being a Lutheran or a Methodist and it isn't.  Mormons don't believe in Jesus.  They don't believe in the Crucifixion, the Resurrection or the Ascension.  Talk about taking the Christ out of Christmas.  While I am not the most religious person, I know a lot of people who are and they are not too happy about having a non-believer in the White House for four years.  At some point in time this is a discussion the Republicans are going to have to deal with and they don't want it to come up during the convention.