Thursday has arrived.  I get to work today, but for only 6 hours.  Yesterday was very showery, with rain falling on and off through most of the day.  Lots of rain.  What they call a soaker.  And, in spite of that, I got quite a lot done.  Of course, I didn't stay up late the night before binging on TV series that fill time without substance. I find that a lot of the series that air on streaming services tend to dilly dally around the plot rather than get to the point.  They present us with a host of side stories featuring peripheral characters that only vaguely touch upon the main storyline.

I took a walk through the Louvre yesterday while I was on my treadmill.  Lots of commercials.  And it was packed with people.  A word to the wise:  if you're in Paris and want to go to one of the greatest museums in the world, go early.  It opens at 0900.  Be there at 0901.  As a result, there were only 8 or 9 other people standing in front of the Mona Lisa, rather than the 200 or 300 packing the room later in the day.

And I know there are several readers who desperately wish I'd show a little skin, well, here you are, the real me in all of my naked glory reclining in the tub.  Enjoy. 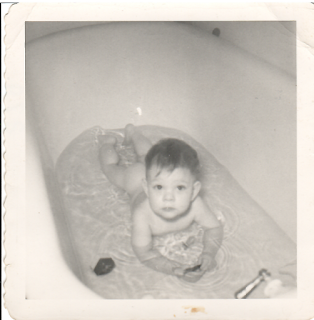 Steve the scumbag Bannon, is turning himself into authorities today. It's my understanding that he's a little concerned about this indictment.  If found guilty, this one would bring him real jail time and possibly ruination.  Now, doesn't that make you feel good, the idea of Steve Bannon being ruined?  Let's be honest here, he's too old, and fat, and scabby to be very popular in prison.  Besides, I don't doubt that most inmates will see through his bullshit.
And Mitch McConnell was giving some sort of Republican presser yesterday and for the most part those journalists asking questions were playing softball, but then...  a reporter asked him about the top-secret documents Trump had a Mar a Lago.  Suddenly the presser ends, though not before Mitch informs the reporters that this investigation is all anybody has been talking about for the past month.  The words are barely out of his mouth, before he and the other Republicans make a quick exit.  Heading into the midterms, the Republicans have lost control of the conversation.  Here's a vid from Forbes.  The question is towards the end.  I found it amusing that he didn't even say 'good afternoon.'  They all just turn and high tail it out of the room.  It's almost as though a picture of Steve Bannon naked flashed in front of their eyes.