Today we are celebrating the Revolutionary War, the one that gave us our Independence from the United Kingdom.  We won because of American ingenuity, luck, and a lot of help from France.  Many people believe we did it by ourselves.  Not true.  We had help.

Interestingly enough, upon being granted our independence, a number of Americans want to switch their allegiance from King George III to King George Washington, creating the first partisan divide in American history.  You see, back in 1776 there very few duly elected presidents.  There were, however, lots of kings, and queens, and czars, and the occasional emperor (a nod to the rulers of Asia).  The idea of being governed by a president was a little too alien for certain individuals.  They wanted a ruler, a single person who was in charge, an authoritarian.

Democracy survived these individuals, though over time they have remained a minority group always looking for a strong individual who would take the reins of the country in his hands.  Reagan's landslide win gave them hope.  They believed a single man had united the country proving that America was a deeply conservative country.  Wrong.  As Reagonomics failed and the corruption of the Iran / Contra affair surfaced his popularity faded for many; all except the social conservatives who prayed daily for another Reagan.

The fact that this minority group believes they had finally found their savior with Donald Trump indicates just how desperate they have become.  They want an authoritarian government which will not only give them what they want but will also force their will upon the rest of the nation.   After all of these years, they still want their king, or their emperor, or their dictator.  For them Make America Great Again means bowing to royalty.  They desperately want to return to the days of King George III.

And so, the struggle continues.  As we celebrate July 4th, we all need to remember that the fight has not yet been won and, I do not doubt, it may continue for decades to come.  "Where there's a will, there's a way," is a double-edged sword. 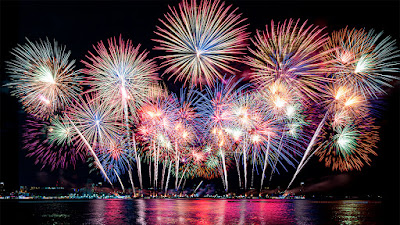