A Wining Vote in the House

Crap!  I slept later than I wanted this morning.  And I was in bed by 11 PM.  It must be the heat.  Or maybe the long treadmill session yesterday.  It was a run up along the shore of Lake Superior.  There was supposed to be a 200-foot waterfall which never put in appearance.
Even though I can list quite a number of chores I completed yesterday, there is an overwhelming consensus between me, myself, and I that not much was accomplished.
I'm almost at 32,000 words in the next book, The Body Under Ice.  I'm pleased.  I guess the big question right now is will Eli and Max find anything when they put a camera down through a hole in the ice?  Will there be something at the bottom of Lake Huron?  You should know by now, I'll never tell. 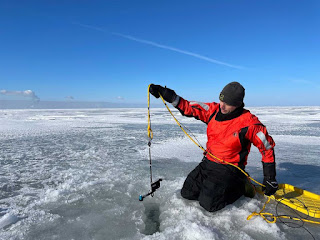 I designed a new controller for my Xbox Series X and ordered it.  You can click the link to see it or wait until I take a picture after it arrives in about a month.
Steve Bannon's trial continues today.  He's going to go to jail because he's an asshole.  He's in a lose, lose situation because he thought his loudmouth gave him the authority to do whatever he wanted.  I think he should look on the positive side:  2 years in jail might be the perfect diet he needs to lose some of his blubber.
Oh, and can we talk about the wonderful surprise yesterday?  The one about marriage?  The bill that passed in the House of Representative with some serious Republican support?  47 of them voted Yeah.  You know what I'm talking about.  The bill about marriage equality.  Now you have to remember that this bill protects not only same sex marriage, but interracial marriages as well.  This was because of Oreo Thomas, and his published opinion regarding Roe v Wade.  Will this bill make it to the Senate?  No one knows.  But remember, this is one more reason why it is imperative that Blue wins in the midterms.   We save the country by outvoting those who want an authoritative theocracy running America.
Posted by Dave R at 8:56 AM