So, when I got home from work last evening, I found the butter dish lying on the living room floor.  Licked clean.  Both suspects were happily wagging their little tails when I walked in the door, no compunction there.  This is what happens when you have big dogs who have no problem standing up at the kitchen counter.  Mostly it tends to be Lily.  Biggie is too big to stand on his hind legs for long.

I stepped on the scale this morning to see what my Summer Weight was and saw the price I'm paying for all of those damn sugar cookies.  And when I got to work yesterday, I discovered several more boxes were waiting for my addiction.  And I'm not talking about the teeny-weeny sugar cookies you buy at your supermarket; I'm talking about PA Dutch sugar cookies.  They're a lot like little cakes. 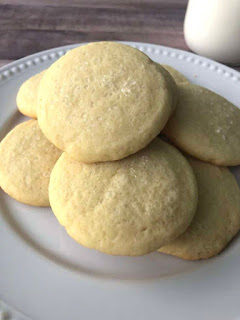 Outside, the skies are overcast.  We've got a 50% chance of rain today.  That goes up to 80% tomorrow.  Last year we had a fairly wet summer.  Predicting the weather has always been iffy, though if we get another wet summer next year, I'd have to say rainy summers are trending.
I was watching to see if Republicans would condemn Eric Greiten's decision to sell MAGA licenses to hunt RINOs in a political ad and did not see many congressional representatives speaking out.  This party keeps veering sharply to the extreme right.  Look at Texas wanting to secede from the United States.  This is what happens when you have a bunch of fools trying to put their single cell brains together.
Evidently Trump is whining about Kevin McCarthy's decision to pull Republican representation from the January 6 committee.  I'm fairly certain he thought it a smart move back when the committee was being set up, when he thought his stupid attempt at a coup was well hidden.  There is a reason why this man takes so many to court, he makes a lot of terrible decisions and then tries to blame someone else.
And finally, I saw where Mike Pence has said he has never known anyone to lie as much as Joe Biden.  Stop laughing!  Seriously, should we put any credence in what's being said by a man who looks like he's still auditioning for Stranger Things?