Eggs in a Basket

Let me begin by wishing those of you who are starting your 2-day weekends, a happy weekend.  I work tomorrow.  A full 8-hour shift.  And I work Monday as well, but only for 6 hours.  Then I begin another weekend.  Heading into the July 4th weekend, I have a week where I'm only schedule 2 days, 14 hours.  I like around 20 - 24 hours a week, that gives me enough for spending freely without having to tap my savings or use my social security.   Just because I'm semi-retired doesn't mean I'm going to stop saving.  I think that might happen when I hit 80... or so.

I got the results from my CAT scan.  Nothing new.  Nothing to be worried about, which is what I want to hear.

The printer I order arrived yesterday and it's being returned on Monday.  Wrong thing.  I'm replacing a printer / scanner, which is what I searched for; the one I purchased was at the top of that list, and it's only a printer.  I ordered another.  That one is arriving today.

Also, the yellow laptop I used for my Tacx training, and running videos has been retired.  The flat screen monitor it was attached to is a smart TV, so that has a mouse and keyboard attached, and I now watch videos directly on YouTube.  I mirror the Tacx app from the tablet I bought a while back.  Everything works out rather well.

Since I'm dropping pics from my past, here's a shot I took while in Paris. 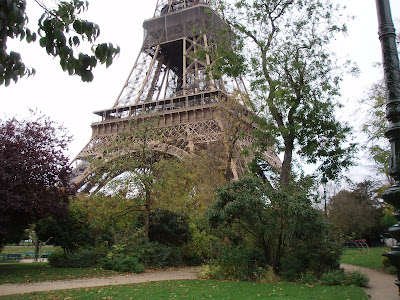 I hear and read where a large number of people are waiting for Merrick Garland, and the Justice Department, to do indict Trump.  I doubt very much if he will do anything, not because the proof isn't in the pudding, rather, I think there is a lot of concern what that would do to the country.  The MAGAs would not take such an action lying down; many do see him as some sort of icon.  The civil unrest in this country would be unprecedented.  The Republicans know this.  The main purpose of the January 6 committee is to teach America all about Republican evil ways, and then vote Republicans out of power.  This is the legitimate way to remove them without violence.  However, this doesn't mean Trump is not going to be indicted.  That will happen, don't worry.  However, it will not come from the Federal Government.  Nope.  That indictment will come from either the New York Attorney General, or the state of Georgia.  If I were to put my eggs in one of those 2 baskets, I'd say Georgia.  I'm also suspecting they will charge him for something like racketeering instead of voter intimidation.  Of course, this is just me putting my eggs in one basket.  Who knows how that omelet is going to be made.