The Age of Entitlement

I have to admit that with new Clinton emails dropping every other day, I'm sitting here shaking my head.  let's be honest here, if she were running against anybody but Donald Trump she'd be losing because of the emails.  They're bad.  Everybody knows the idea of her running for President didn't just pop into her head a couple of years back, this has been in the planning stages for years.  And, knowing this, you would have thought they'd realize they might not have to be squeaky clean, but at least relatively clean, like maybe they each took a shower before bedtime last evening.  But when you read that Bill used to be called Bill Clinton, Inc. you know it's been at least a week since they've soaped up and rinsed off.  Don't it make you want to grab them by the scruff of their necks and shake the shit out of them.  If Jeb had gotten the nomination we'd be looking at another Bush in the White House... and it would be their own fault.  Give me a break! 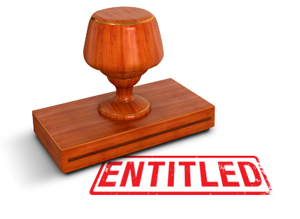 The Bill and Hill should be representing the Baby Boomer generation and they're coming across as The ME Generation, and you'll notice that's with a capital ME.  She's going to win the election and then she's going to spend the next 4 years dealing with this shit.  What were they thinking?  That they're special?  They're not.  The Senate may swing Democrat but the House will stay Republican and they're going to hammer the hell out of her.  Because of their feelings of entitlement, the White House might actually swing Republican during the next election cycle.  I can only wonder if all that money was worth it.