Well, they shot lasers into my left eye yesterday burning a hole into something that's going to help with the drainage.  Now I'll have to remember to put drops in for the next 5 days.  Most likely, I'll start forgetting in 2 or 3, that's what happened last time.
I'm still waiting for the credit to show up on my account for the returned Samsung TV; chatted with someone named Mazze who only then initiated the credit, 8 days after Amazon had received it on their loading dock.  Their policy states credits are to be issued  in 3 - 5 days after the return has been received.
Later this morning, when I get back to the store after having 2 days off, I will see how the Christmas set has gone.  That's right, on October 12, they put in the Christmas displays.  It's later than last year because they've expanded the Halloween display.  And I know there are people reading this shaking their heads, muttering to themselves, "it's not even Thanksgiving."  Well, I say this every year.  It would go on sale so soon if people didn't buy it, however they do.  In fact a day doesn't pass in which someone does stop by the Service Desk and ask "when are you putting up your Christmas stuff?"  Last week I had an older woman complain "well, everybody else has it up." 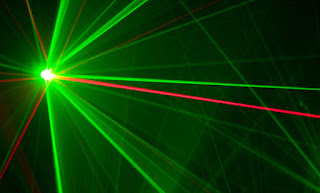 And finally, this pissing and moaning by the Trump and his campaign, holy shit, it's like listening to a spoiled brat.  He calls it "horrible," and "terrible," and a "lie."  He's blaming things on a secret conspiracy.  He's never had much accountability in his life, doing what ever he wanted, the poster child for egocentric entitlement.  Now his horrendous behavior is being publicized and he's whining like a child.  What's really funny about this is that his campaign wanted to do opposition research just to find out what kind of dirt they could expect to be unearthed, and he denied the request... more than once.  I told my friend Betsy that he just doesn't understand and at 70 years of age he will never understand.