Are the Kardashian's a bit pasty?

Well, it's been... ho, hum, how many days since the Kardashian robbery.  I'm sure their Kardashapedes., with the back of their hands wilting oh so faintly over their brows, are still feeling faint of heart.  Me, when I first heard it, thought something sounded a bit fishy.  I mean it's paste, after all.  And in case you didn't know how expensive paste was, here's a link.  And as time passes the truth seems to be more and more... shall we say odd.  Like they were staying in a hotel that only had a concierge as security, and now this... they were staying in a place with zero security cameras.  Are they really that stupid?  Now I know a lot of your are going to chime in with a "yes," and I do agree.  However I can see this turning into a major money maker for them if the sticks fall their way.  Let's see, there's the insurance money, which will be sizable, especially if the gems weren't actually nabbed.  And then there's the inevitable lawsuit against the hotel.  Anybody who thinks they will not sue is... well... dumb as a brick. 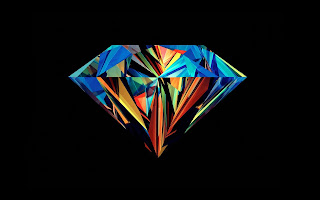 I thought the bit about the company her bodyguard works for filing for bankruptcy 10 weeks ago rather... interesting.
Poor Kim.  I suspect she's going to take this 'pity me' party as often as possible to the bank.  You have to remember, these people are low life, bottom dwelling, scum suckers who have no scruples when it comes to self-promotion.