Politics and our current religious war

In this election year both the politician and the businessman are saying they will defeat those Krazy Muslim Extremists.  I wonder how they're planning on doing that.  Neither gives details.  The truth is that is just verbiage Americans want to hear, specifics are not required, they just want someone to tell them "hey, I'm going to kill those mothers."  In campaigns, people say a lot of things.  What they don't say is several things will need to happen in order to take out those extremists.
One of those things is putting troops on the ground.  No one wants to say that.  No one wants to hear that.  Bombing alone creates a lot of damage, buildings get destroyed, people die, and anger grows towards those bombing.  The US carpet bombed the hell out of Vietnam and achieved... nothing.
More important is getting those people on our side.  This means you're going to need to cut back on the anti-Muslim rhetoric, which is where Clinton succeeds and Trump is a total failure.  Republicans completely fail here, mostly because they've got that big Evangelical foot up their ass.  Islam is the enemy.  In other words, if we end up with a Republican president this war will go on for years.. and years... and years. 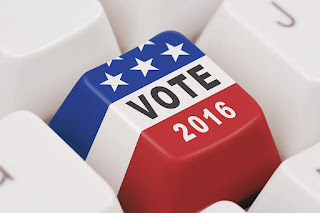 And if Trump wins he just might start throwing nukes all over the place because he doesn't really understand nuclear weapons, or the damage they do, or the amount of radiation they produce,or how using them is the ultimate failure.
Whether you like it or not, Islam is here to stay, so make nice with them.  This means our troops can't call them ragheads, or what ever the current derogatory slang is for Muslims.  This is how the world is and we may be a super power, but we don't rule the world.