When the Universe is no bigger than your Ego

The temps are supposed to hit the mid 80s today.  That's hot for mid-April.  The record is 85 (F).  Forecasters are letting us know, perhaps because we might tie that temp, or possibly top it.  Thunderstorms are forecast for this afternoon.  I am so glad I put the A/C units in the upstairs windows, they will keep the temps moderate.  I can live with that.

Most of us understand that the universe is large... very, very large. 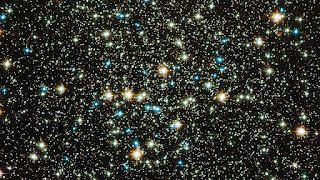 There are those, however, who have no concept of its vastness.  Who are these people?  Well, I've decided that religious people don't get it, especially those with extreme beliefs.  For them, the universe will never extend farther than their property line, or their apartment walls, or their ego.  Ego, you ask?  Yes, you know what I'm talking about?  Those people who believe their success to be a blessing, Like Scottie Scheffler.  He recently won some sort of golfy thing and Jesus came in to play for his victory (pun intended).  You see, in Scottie's mind he is totally incompetent in the game of golf.  His victory was a blessing because of his extreme religious beliefs.  His religious universe will never be any larger than his ego: that makes him special.  No matter what other evils are going on in the world, he was chosen to win golf tournaments, because of his beliefs, they make him a good golfer.  So far in 2022, Scottie has earned around $7.5 million playing golf.  You see, Scottie's ego is telling him the deity he believes in has prioritized golf over a war in the Ukraine, and a ruthless dictator in North Korea who has set himself up as an alternative deity.  In case you're wondering, Scottie is not alone.  We have a problem.