They Should Have Taken Off Their Shirts

So early in the morning, and yet so late in the day, for met at least.  You see, I've already been out and about.  I had a blood draw scheduled for 0715 this morning.  Oh, and I had to fill the little pee cup.  Fun stuff, you know?

Yesterday was filled with accomplishments:  8 miles on the bike, cleaned and vacuumed the upstairs, moved the new PC to a better spot on the desk, and several loads of the ever-present laundry.  Oh, and a snapped a pic of some of my tulips. 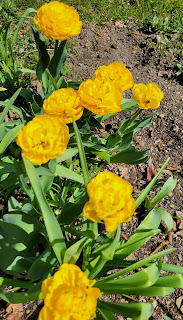 Oh, and I went to see The Secrets of Dumbledore last evening.   My feelings?  Hhhhmm, which is better than a meh by a small amount.  It's been at least 3 years since I saw the 2nd part of this trilogy which wasn't supposed to be a trilogy.  What?  Yep, after the first film made a bundle upon release, the producers decided to stretch the story out for 3 films.  Bad idea.  Not enough source material.  Still, they decided to stretch the running time out to almost 2.5 hours.  Bad idea.  Also, three years saw whatever interest I had invested in the characters completely dissipate.  Eddie Redmayne gets top billing, but Jude Law is the title character, and the story is about him stopping Grindewald (sp), who's now played by Mads Mikkelson rather than Johnny Depp.  The special effects are strong, the story, however, is weak.  Things might have improved if, perhaps, the men had started taking off their shirts. 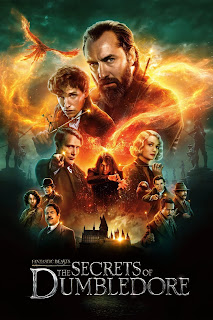 And finally, if you seem to have noticed a lot of Republican attacks on the LGBTQ community lately, you're not alone.  Mid-terms are coming up and they're throwing any red meat they can at their base to get them riled up and to the polls.  You see Donnie (the Orange Anus) Trump just ain't hitting the high notes anymore.  He's endorsed a New Jersey Muslim for the Senate seat in Pennsylvania.  Tennessee just kicked another one of his endorsements off the ballot because she failed to meet the state's requirements.  He threw a poorly attended rally.  Oh, and he just walked off of an interview with a desperate Piers Morgan over questions about The Big Lie.  They're savior is showing his charlatan colors and the Republicans need someone to attack, and... well, Hillary's isn't running and Hunter Biden's laptop has no legs.