Sunday has arrived.  I've just finished eating my breakfast: oatmeal with peanut butter, almonds, and honey.  Yum.  I do have to work today.  Not so yum, yum.

Yesterday business was very steady, almost constant, which is good.  Many of the stores in the district have not been as busy as they were.   The Covid pandemic has moved to being endemic.  Here in the US there are between 700 and 800 Covid deaths every day, most of them being unvaccinated Republicans.  They will never learn.

I don't know if I mentioned it, but Biggie was running around with the stuffed T-Rex yesterday.  That's a big improvement.  Both sitting down and stairs are still difficult.  He has a Vet appointment for the end of this month, so I'll ask if increasing his dosage of gabapentin will help.

And I'm am slowly getting a YouTube channel up and running.  Right now it's called The Writer's Block.  I'm still working on things like camera location, and microphone placement.  And I can't decide if I want to film myself, or stay off camera and just narrate.  Being the quietly shy, unopinionated, and rather reclusive person that I am, this is a big decision.

Elton John's 'Goodbye Yellow Brick Road' show in Hershey is less than 2 weeks away.  I'm thinking that for this show I might buy myself a pair of twinkling eyeglasses... just to fit in, you know?  Or... neon would be pretty freaking neat! 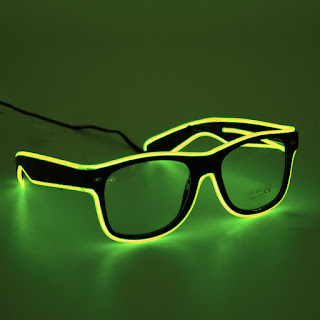 And, of course, it seems that rarely a day goes by when some tasty tidbit of bad news falls regarding the GOP and the Republican Party.  Not that bad news isn't percolating for the Democrats.  The Washington Post published an article on Hunter Biden which was factually incriminating, not nearly as terrible as the insurrection, but red meat, none the less, on which the Republicans will pounce, and then wag at their base.  To combat this, the January 6 Committee needs to start dropping slabs of red meat the Centrists and Progressives can chow down on.  The only way to bury a bad headline is to dish out a serving of something juicy as hell; serve the MAGAs a piece of their own pie, but serve it a la shit.