The World is Royally Pissed Off at Putin

Well, for some of you, another work week is beginning.  Mine never really ended.  In fact, today is going to be my Friday.  So, what do you think of that?  I have an 8 hours shift, leave the store at 5:30 (PM), and do not have to be back until Thursday at 1 (PM).  I can live with that.

There's been a bit of a tragedy in the Big Tank.  My algae eater has disappeared.  This morning, as I was feeding them, I realized he was no longer darting around sucking teeny bits and pieces of the green stuff from the sides of the tank.  This means a drive down to That Fish Place to get another.  The truth is I need to get a second one for the new tank, unless I want to scrap algae on a regular basis.  I will, at some point, need to buy a new LED light which will let me adjust the brightness.  While bright light is nice, it's also quite conducive to algae growth.

I did a mile on the treadmill yesterday, but something started rattling horribly bad, so I stopped.  I'm going to have to take the screw driver and makes sure everything is tightened up.

So, I started using Natural Dog Company's Skin Soother on Biggie's paws.  Firstly: he likes it.  More importantly: he doesn't try and lick it off.  It's an organic balm which helps heal.  Two of the ingredients are frankincense and myrrh, which probably make it holy shit good. 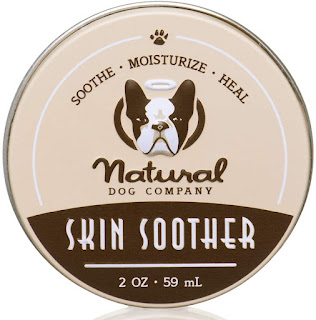 Oh, and in case you haven't heard, the world is royally pissed off at Putin.  And for so many reasons, one of which is that many, many realize his boner is never going to be satisfied until he 'rules the world,' or at least all of Europe, which ever comes first.  The Chinese are very mute on his invasion.  I suspect they see it as a trial balloon to gauge the reaction if they were to invade Taiwan.  The signs are not promising for them.  I saw this morning where talks have begun between the Ukraine and Russia.  That ain't going to go any where.  Every day that passes makes Putin looked dumber, one might go so far as to wonder if that boner of his is really nothing more than a cheap prosthetic.  Maybe he should change his name to Dildo Putin.
Finally, I'm old enough to remember the days of the USSR, when there was a Soviet Union, and back then, if one of the Premiere's screwed things up, the Oligarchs would simply replace him.  I'm not the only one to be thinking about this since Marc posted this link to the Palmer Report.  You see, most people believe Putin's running the show over there.  Wrong.  It's the Oligarchs.  As long as he keeps them happy, he's happy.  If they get pissed off, well there's a villa Gorbachev moved to that's now sitting empty.  Are the Oligarchs pissed?  Well, this morning I saw that the Belarusian army is arming up to go in and bail out the Russian army.  Oh, and the Russian Stock Market opened this morning.  Ouch!