Well, my weekend has arrived.  The weather is overcast, with temps expected to rise into the mid 60's (F), which is the sign that spring is approaching.  Today is also a palindrome, meaning there is no difference if your read it frontwards or backwards.  2/22/22.  If I were a card player, I'd have to say that deuces are wild.  If you don't believe, check out what's happening in the world.

I got around to watching "Being the Ricardos" last evening.  I was impressed with Nicole Kidman, and can see why she got an Oscar nomination.  Javier Bardam?  Sadly, he was no Desi Arnaz.  Desi was a fine-boned pretty boy, Javier is not.  I felt the political bit of back story used to hold the film together was unnecessary.  The tale of Lucy and Ricky is more than fascinating on its own.  Interestingly enough, there's no mention of how they purchased RKO, a studio which terminated Lucy's contract when she was 39 because they saw her as too old.  Because of this, there isn't even a footnote regarding the fact that it was Lucy who greenlighted a little known, sci-fi show called Star Trek. 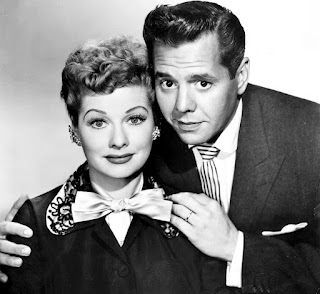 And for those who aren't yet quite aware, Russia has begun the invasion of the Ukraine.  Putin gave some sort of fiery speech yesterday in which he mentioned the USSR.  For those who don't remember the USSR, at one point in time there was Russia, then a little thing called World War II happened and when the dust settled there was the USSR, the Union of Soviet Socialist Republics.  Commies, as they were known.  The USSR consisted of Russia, as well as a number of 'satellite' countries, including Poland and Czechoslovakia, of and East Germany.  Remember the Berlin Wall?  That's the USSR.  And yesterday, Putin said that was the real Russia, that there were no independent republics.  Hold onto your hats, he's going to really screw up the world.