As someone who writes a blog, I like to go in and check my stats - not so much for the numbers, rather I'm more interested in where my readers are located.  Sometimes I will get a lot of hits from Russia and I'll wonder if I might have piqued the interest of all those Putinettes over there.  I get a lot of hits from Italy.  "Hello Italy!  Love ya!"  There are a number of readers in France, Germany and the UK, and Australia.  "Hello World."  Yesterday, when I looked at my stats "Unknown Region" was listed.  Okay, so where the fuck is that?  Have extraterrestrials finally made contact... with me? Has there been a disturbance in the force?  "Obi Wan, I hear you... kind of!" 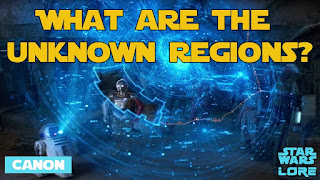 Anyway, I had 136 hits from... somewhere.  Evidently blogger doesn't know where these hits are coming from, but I have a funny feeling they might be located in Florida.  Sure, there are those who like to think of it as a state, but the retired, Republican racists down there just nominated some fool named DeSantis as their candidate for governor.  The Democrats nominated a black man named Gillum.  DeSantis made a racist comment about how the white citizens of Florida shouldn't "monkey this up."  There was a backlash, or course.  That being said, there is also a lot of evidence that by saying this he "endeared himself" to those retired, Republican racists who live there, which is why I think Florida just might be "the unknown region."  A lot of old, rich white people live there and the idea of having a black governor is more than a little disconcerting to them.  They are no doubt very happy they will be dead by the time 2045 rolls around.
For those who don't know, 2045 is the year white people become the minority race in the United States.  If you want to get a good laugh, tell that to a White Republican.  Just make sure you're at least 10 feet away because when that shit explodes it sprays fairly far.  Of course, any gathering of White Evangelicals might also constitute itself as an "Unknown Region," since they are in their own little crazy world, which is no longer here, but definitely not there.