Okay, so I took yesterday off.  Think of it as a recuperation day.  Believe me, it took almost the entire day to recover from a movie I watched on Netflix:  "How it Ends."  I haven't seen anything so horrendous in years.  Theo James and Forest Whitaker head out from Chicago to Seattle to save Theo's pregnant girlfriend / Forest's daughter after something terrible happens.  You never know what has happened.  All communications with the West Coast are down.  The highways are empty going west... except for their car.  You never see survivors or evacuees.  They run into some bad guys.  On this weird road trip they never, ever come across a gas station.  Things go wrong, and in the end, Theo walks to Seattle which which seems to be in ruins... or on fire... or has experienced some sort of cataclysmic upheaval.  No one is around, no bodies, no walking wounded.  Maybe they just decided to cheap it out when it came to hiring extras.

I can say this because I used to live in Tacoma. 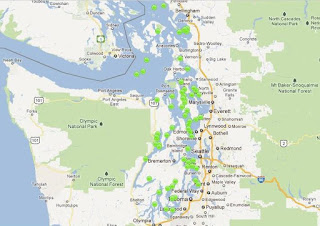 This is a movie about something bad happening... you're just never told what "it" is, though evidently this is supposed to be how "it" ends.
John McCain lost his fight with brain cancer.  He survived being a POW, and was one of the few Republicans who told the Idiot Jerk in the White House to sit on it and spin.  However, he is also the failed presidential candidate who unleashed Sarah Palin on the world.  All those White Trash voters who loved her are the ones who helped vote the Idiot Jerk into the White House.
Neil Simon died, too.  I liked his early work.  If you ever get the chance to see "The Odd Couple" live, do so.  It is very, very funny.  He left the funny stuff behind as he tried to prove he was a serious playwright and slowly fell out of favor.
I did build a frame yesterday for my nut husker.  That sucker is mounted and ready to go.  Sometime this AM, after I mow the lawn, you'll be able to find me behind the house husking my nuts.
And how is it going to end for the Idiot Jerk in the White House?  Well, just like in this bad movie, I doubt very much if he's going to understand what happened.  His approval rating sits at around 43% - that's the GOP and those perimeter fools who chose not to vote.  You know who I'm talking about.  The ones who say "well, as long as it doesn't effect me personally, I don't really care."  These are the same people who aren't going to care when he gets removed from office.  These are also the same bunch who will watch "How it Ends" and say, "wow, did you see Seattle in ruins?"  They show absolutely no concern about truth.  When the Idiot Jerk is gone, they will scratch their heads and say "wow, did you see the president got impeached."