Okay, so I had this weird dream last night that I went to buy groceries and on checking out, the cashier told me I only had 4 cents left in my bank account.  Not true, but still one of the first things I did this morning was go online and check my balance.  I guess we all have that fear every now and then:  running out of funds and being humiliated.  I see it at work sometimes when a customer will attempt to pay for their carpet with their debit card and their bank says "no, no, no, no."  That's when they need to use their debit card as a credit card.  Banks - funny things, aren't they?  The vast majority of us use them.  We bank on their stability, their security, and their reliability.
The Idiot Jerk in the White House banked on Michael Cohen.  He banked on someone he thought he had purchased.  He banked on loyalty valued in dollar and cents alone.  Someone should have told the Idiot Jerk a long time ago that loyalty is earned, and usually over time.  You don't get loyalty by paying a monthly stipend.  All that does is get you a fixer.  Fixers?  They are only reliable as long as they feel safe, protected.  At some point began to realize that not only his well-being, but the well-being of his family as well, was in jeopardy.  He came to understand that in the eyes of the Idiot Jerk, he was nothing more than a salted peanut, a snack to be eaten and then shit away.  His prosecutors banked on this.  They were smart.
The Idiot Jerk in the White House is not... smart.  He has never been anything more than a blowhard, a bully with cash loaned from questionable sources.  He has banked his life on purchased loyalty.  He has no values.  Evangelical Christians have banked their greed of power on the Idiot Jerk.  They didn't vote for him because of his decency.  He bought their votes, and their souls, with the promise of power.  Since he gives them what they want, they delude themselves into believing he's a gift.  Actually, he's just giving them what they paid for, nothing more, nothing less.  This is the art of the deal.  They have banked on each other. 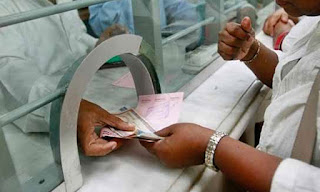 What can we bank on?  A lot more shit floating to the surface.  All those rats in the Idiot Jerk's administration are already thinking "every man for himself."
We can bank on a lot of delusional red voters staying home during the mid-terms.  They're just going to sit this one out.  They are going to wait for the Idiot Jerk to take back control and fix things...   🤣😂🤣  Stop laughing.
We can bank on a Blue Wave... nay, maybe a tsunami.
These are things you can bank on.