Well, it's Saturday.  Weather forecasters are calling for snow.  How much?  They can't decide so a good guess might be anywhere from 1 to 6 inches.  Right now it's sunny in Central PA.
Yesterday I went to see my Mom.  She has 2 remote controls for her television.  About 3 weeks ago she lost one of them and my sister bought her a 2nd, then sometime last week the one she'd lost turned up.  Both work.  She's fine as long as she doesn't think one of them is her phone.  She does that every now and then and presses the wrong buttons and the TV tries to play something from a non-existent BlueRay player.
Mueller announced 13 (lucky number for the Idiot Jerk) indictments yesterday.  The Idiot Jerk and his supporters are totally avoiding the most obvious implication:  that the Ruskies were working really, really hard to keep Clinton out of the White House.  I'd say that's a pretty good indicator they don't have any 'golden shower' videos of her.  You know?  The kind they can use for blackmail?  And his supporters are so funny, especially since this is rather bad news for them.  Just think how many of them voted for him because they Ruskies knew which of their buttons to press.  It's either that, or they're just plain stupid.
I watched some of "Altered Carbon" last evening.  It's not bad.  The idea of putting your consciousness into a different human sleeve is rather intriguing.  I kept thinking that this is what "Blade Runner 2049" was trying to be, and what it never quite accomplished.  I think it suffers from the same problems many of these episodic series have; not every episode is essential in the telling of the story.  Joel Kinnaman, who plays the lead, does a fine job at looking good, but his character comes across as too cool, too unsympathetic.  He does things to help others not because he cares, but sees these actions as necessary to get something else accomplished. 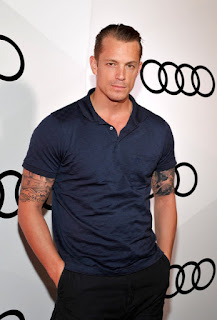 Will I watch the rest of the series?  Probably not.  As I said, I find it intriguing which is, however, a lot different than being compelling.
Posted by Dave R at 9:38 AM