It's Sunday morning and some of you are sleeping in - not me.  As usual, I was up at 0500.  And, while some of you are still snoring, I just finished 59 minutes of cardio - 528 calories.  The only problem I had was Garmin updated the Fenix 3 HR and my elliptical app didn't reload so I ended up using their treadmill app - not the same thing.  After I finish writing this I'll reload the app.
Not only have I decided on the new ceiling fan, I've already ordered it.  I'm getting a Vento Fiore with retractable blades.  Originally I saw it on the Home Depot website with a price point of $399 - way more than what I wanted to spend. 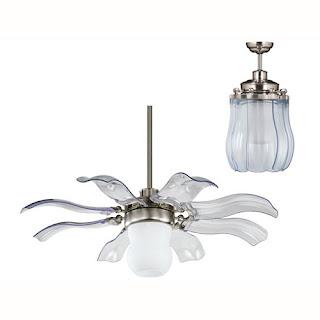 So, when I got home from work I Google'd it - Amazon had it for $111 less (that's right!)  I ordered one and paid with my Amex using my points and paid quite a bit less.
I understand the Idiot Jerk in the White House called Faux News and had a bit of a meltdown.  Oh, my, this is becoming old hat, don't you think?  He wants to arm teachers and people call him a dumb shit - and you know he hates that.  And then we find out that armed Security didn't rush inside Parkland - and the Idiot Jerk calls him a coward. Tell me, do you really think the Idiot Jerk would have rushed inside?  Hell, no, he's as spineless as most Republicans.  Then we find out that 3 deputies arrived on the scene and they didn't attempt to take down the shooter.  And the Idiot Jerk says these are the people who are supposed to take down the "sickos?" He is so damn stupid.  No one wants to rush into a building just so they can take a bullet from an AR-15 in the mouth.
And those kids from Parkland, the ones the NRA is really beginning to hate?  Don't they make you proud!!  Talk about having big brass balls!!  Not only are they turning the tables on the gun lobby, one of the most powerful in America, those kids are also shoving their fingers into the faces of all those NRA crazies, and they're turning into Dirty Harry as they do so.  Can't you hear them?  With power and anger they are saying "Make... My... Day."  How many people ever thought that the NRA would be blown away... with words.
Posted by Dave R at 8:16 AM