Well, here it is: Monday, my 3rd day off in a row.  My legs are a bit wobbly going down the stairs, not because of the arthritis in my back, rather it was the added leg workout this AM and PF.  Years ago a friend named Sean would intone time and again that "your legs are the engines of the your body."  Of course he also said that the only way to tell if you'd had a good leg workout was if you puked afterwards - I've never done that, but right now going down stairs is a bit wobbly.
I went to see "Valerian and the City of the Thousand Planets" last evening... and it was very, very good.  I expected it to be.  Rotten Tomatoes is giving a low score, but then I don't really pay attention to Rotten Tomatoes since over the past couple of years the website seems to have become more jaded and pretentious.  Interestingly enough, the LA Times did an article yesterday on Rotten Tomatoes.  "Valerian" comes in just a few points below what is considered fresh.  The fact that there are a number of people out there who will let Rotten Tomatoes dictate their viewing schedule is... well, sad.  It reminds me of those days when Louella Parsons or Hedda Hopper could make or break a film simply because they could, without any relevance to the quality of the film.  Go see a movie because you want to, not because everybody else is going to see it.  Be your own individual.  Conformity is a sad state of denial.
Anyway, I liked "Valerian" a lot, both the character and the movie.  Dane DeHaan is cute. 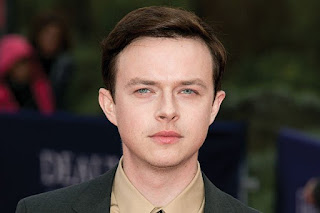 So is Cara Delevingne, the blonde girl who co-stars, if your taste runs in that direction.  There is no evil empire, but there are Trans-Dimensional worlds (that's right, they're in a different dimension), which some might find confusing since it's a non-linear concept.  And a dying Pearl can send out her Life Force (soul) to find a perfect host...  This is a non-standard, non-traditional science fiction fantasy that is beautiful to look at.  I went with my friend Patty, and as we were walking out of the theater she said, "you know, from what I'd heard I was expecting it to be a hot mess, but that was really, really good."  And it is.  But there are going to be those who simply throw their hands up in the air exclaiming "well, there you have it, there's just too many notes."