All the good gingers

So, instead of doing cardio this AM, I went to Planet Fitness instead.  Rather than rely on the wrist HRM I wore my chest strap - much better readings, more accurate, meaning I'll be wearing it more often.  In case anybody is wondering, I do my Ab workout at home on a purple yoga mat.
My brother sent me a text yesterday asking me if I could get off work on 8/30, he had a favor to ask... Right.  What he wants me and my sister to do is take our Mom over to Pine Grove (she grew up there) for some sort of impromptu family gathering at a restaurant.  Sounds like the perfect Kodak moment, doesn't it?  Except she has dementia.  She knows she's forgetting things, faces, people, and she finds that depressing.  When I pointed out that there was a very good possibility she might start to cry he said "well you can take her home, then."  Wrong.  He said "this will probably be the last time she will get to go home," well, that should have happened a year ago, not in 4 weeks.  So, I put the kabash on it.  I told him that if these people really wanted to see her, they should plan on going to Graysonview.  She's comfortable there, in familiar surroundings.  They can have their Kodak moment there.  So, I don't think he's too happy with me.  This is life.
On the Idiot scene, I saw that Cokie Roberts said that with the departure of Priebus and et al, there are no longer an 'legitimate' representatives of the Republican party in the White House.  This is just what the Idiot wants.  Even though they are a scurvy bunch, the GOP totally failed to kiss his ass the way he was expecting.  Unfortunately for them, every one of his actions reflects upon them since they were the party backing him.  As I said earlier, prepare for the shit storm.
One last thing about PF - I would expect that their attendants at least look like they spend some time using the equipment.  This morning when I flashed my ID badge, there was a rolly poly ginger guy standing behind the desk.  When he loudly proclaimed that he only had 28 more minutes before he could leave and go to church... well, I didn't quite cringe, but I came close.  And while I was doing my squats I saw him walk out the door - all I could do was wonder "where have all the good gingers gone?" 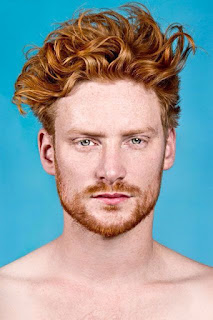