After working 7 days straight, I had yesterday off and pretty much slept through most of it.  Not that I didn't get things done, it's just that I left the store around midnight and had to get up at 5:30 to meet my brother for breakfast.  Why was I at the store so late?  We're having a Memorial Day Sale.  More importantly, for me at least, is that we're having one hell of a paint sale and everything should look Grand Opening ready.
I was talking to my friend Betsy last evening and she asked "when did Bernie become such a bitter, old man."  My response:  I suspect he's been bitter for quite some time.  Probably he sees this presidential election as his last chance to make a difference, and if he doesn't, well, maybe he thinks his political life will be seen as a failure.  Or maybe it's just old age.  He is 74.  Or, it could be that he's just pissed because he knows we're going to have a great paint sale and he's going to miss it because he's on the campaign trail. 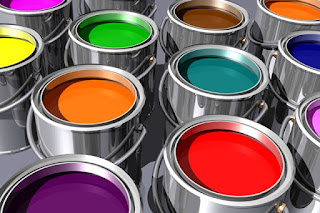 I'm pissed at Honda because I made an online car payment on the 17th and they ran it through on the 18th, and then for some reason they ran it through again on the 19th.  Idiots.  They'd had a problem several months back with processing payments, not with my account, but with others.  I know this because they'd posted a big warning banner on their website notifying their customers that the problem had been fixed.  Looks like that fix wasn't too good.  Maybe if their IT people were to brighten up their offices with a new coat of paint things might get done right.