Hey!  I got some sleep last night.  And today! is my Hump Day!  After that I'm going to have 4 consecutive days off... now, won't that be nice.  I can get things done.

And I don't know about you, but my emails have dropped off significantly.  I had started going in and unsubscribing because Democratic candidates whom I had never heard of were asking me for money.

Yesterday at work, the MAGAs were complaining.  No matter how desperately I wanted to rub salt into their wounds, I held my tongue... and chuckled under my breath.  There is anger seething through the capillaries of white people without a college education.  Cracker Jack Crazy Evangelicals are dumbfounded.  And Pat Robertson?  The who predicted the Idiot Jerk would win and start the End of Days?  Well, we've all known that man's been nuttier then a fuckin' fruit cake for years.

While the Democrats on a whole failed to perform up to expectations (I understand there's a movement starting to fire Nate Silver), we did succeed in that most important endeavor, eliminating the tinfoil dictator.  The Idiot Jerk in the White House is filing lawsuit after lawsuit.  And even Fox News is saying he can file as many as he wants, no judge is going to overturn the tabulated results of this election.  In fact, one of the said  "lawsuit, schmaltzsuits."

What we are seeing, however, is a clear division in the culture war:  Rural, uneducated America wants a Tinfoil Dictator.  The larger urban areas with a denser population of educated people want a Democracy.   Our work is set out for us.  We have a foot on the gas pedal.  Now is not the time to cautiously brake to take in the passing scenery.  We lost ground in the House.  The divide in the Senate is razor thin.  Democrats need to constantly prod and continuously stick those Republican incumbents with cutting words that slice at their weakness for lies.  We need to hold up the mirror of truth and force them to see the truth.  This is necessary because our 46th President is going to have a fairly hostile Senate.  The only way to change that is to prove their Republican incompetence.

Anyway, now's the time to pull on our big boy and girl pants.  Now the work begins. 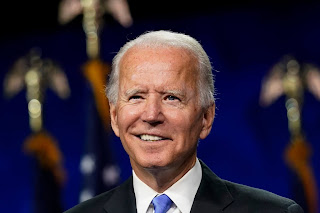