Crap, I got up this morning to find I had a comment from the Russian Call Girls.  Gone now.

Yesterday was a lazy day.  I did nothing that was taxing or strenuous.  The dogs were walked and several loads of laundry done.  I wrote, I napped, I set up my dumbbell workout in my Gym Genius since I'm not longer going to the gym... until sometime probably in the Spring.  I played some Valhalla.  Four hours into it and I'm still in Norway.  Yikes, I'm still in the prologue.  The actual game doesn't start until I'm forced south to the British isles.

Did everybody see the clips of Giuliani sweating so much his hair dye ran down the sides of his face?  All of that sweating?  That's the sign of a liar.  For those who didn't, here it is:

Today is going to be chock full of business.  I'm going to my neighborhood Giant this morning.  Just because I'm going to be spending Thanksgiving with the dogs, doesn't mean I can't eat well.  Oyster Stuffing's on the menu.  Green Bean Casserole is not.  For years, I've been expected to make Green Bean Casserole.  This year?  Nada.
Temps here are supposed to be up in the mid 60's (F)  There is a bit of yard work that's needs to be done, as well as some painting.  And a ride on the bike.
And not too surprising, Georgia was called for Biden.
And I saw where the investigations into the Idiot Jerk's finances are expanding.  It seems as if consulting fees were paid to Ivanka Danka by the organization she works for and then used as tax deductions.  Will she be joining Daddy in Moscow?  I wouldn't be surprised if some family compound was in the works.
Finally, the Idiot Jerk has invited 2 members of the the Michigan Legislature to visit today.  Stupid, aren't they?  He's going to demand they help him steal the election.  When they don't bow down and grovel before him, they will see his rage.  Republicans have always been overly consumed with their grasping need for power.  They have a really big problem.  If they cave into him, they will be seen as scumbags from Hell.  They have no idea how ugly this is going to be.  They will look bad.  And the next time they are up for election... they will be gone. 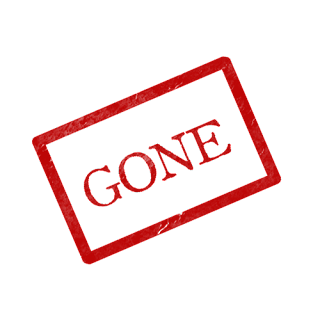