Since the infection rate is climbing again here in Central Pa, I've decided to put my visits to Planet Fitness on hiatus.  There's no reason to put myself in jeopardy when I can do a solid dumbbell workout without leaving my house.  This is how we adapt.  Adaptability is the key.

Yesterday a couple was looking at our area rugs, and she questioned our limited stock.  I explained that we were going through a reset.  All of the signage has been taken from our rug bays because everything we have is on clearance.  "I need two rugs 8 feet by 10 feet, and I like this color," she said pointing to an old sample display.  I explained again about the reset.  She refused to understand.  Sometimes Central PA is the land of entitlement.  "But you have all those are rugs in the overhead," she said, waving her hand up at all of the new area rugs waiting to be set up in the display.  So I explained again, that once the reset is complete, those rugs will be brought down and put on display.  She just did not want to understand.  Adaptability is not part of her nature.

More and more Republicans are speaking out about what they now see as the inevitable.  Their white trash in the White House, the Idiot Jerk, himself, is going to be evicted.  This means they're going to try and do as much damage to incoming administration as is humanly possible.  This is the party of 'my:' my money, my taxes, my guns, my religion.  There is not one single drop of compassion among any of them that doesn't come with strings attached.  They are rigid and unyielding.  Adapting and evolving is a word that does not exist in their lexicon.

As for the Idiot Jerk?  He has lost most of his legal team in Pennsylvania as well as most of his complaints.  He's losing the state by almost 60,000 votes.  Ouch!  I understand many attorneys hired in an attempt to force his own personal coup are... taking a second look at his complaints.  Many know lying to a judge is grounds for disbarment.   They are adapting to the notion that he doesn't care if they ruin their careers or not, as long as they do what he wants them to do.  None of them want to be the next Michael Cohn.  And the Idiot Jerk himself?  He hates a truth he cannot write, but then he too is rigid and unadaptable. 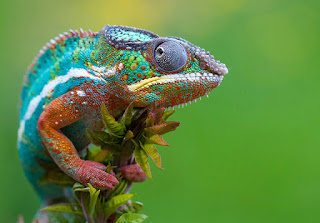