Sundays are, for the most part, a non-news day.  I don't work, which is nice, so a number of chores are planned.  I do get to go into the store tomorrow, but then I have off on Tuesday.  Yeah, I have one of those weird schedules for the next two weeks with no consecutive days off until the middle of December.

Rather than a Warwick Rowers calendar this year, I ordered one from Red Hot.  Gingers, everyone of them.  One of the things I had liked about Warwick was their tongue-in-cheek cuteness.  Two years ago that began disappearing, replaced with naked guys using towels to cover their bits and pieces.  The humor vanished.  So, this year I'll have to wait and see how Red Hot does.  Believe me, it's not for the eroticism, it the artwork... it's always the artwork.

Speaking of artwork, and since some of you are interested, here's the first shot of my newly painted hallway.  A grand view will be presented when finished. 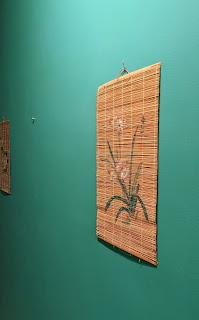 The Pennsylvania Supreme Court kicked out another attempt by the GOP to disenfranchise 2.5 million voters in the state in their attempt to keep their tinfoil dictator in the White House, and they did so with 'prejudice.'  This is our court system saying "no more," enough with your bullshit.  They are not going to take any more appeals.  It's not just the Idiot Jerk who's a rotten loser, it's his whole damn party.
And evidently the RNC is having a bit of trouble convincing voters in Georgia to actually go to the polls in their run-off election.  Evidently the Idiot Jerk and his henchies have been so successful at convincing his base there is so much voter fraud the election is already settled.  That's right, his base believes all of his lies about voting machines flipping votes from Republican to Democrat, that all these fake votes are being tallied against Republicans.  This is the price of their hatred.