Well, it looks as though we're in for a cool, cool Sunday.  The temps might climb up into the mid-40s (F), however some of the forecasts have that high as much lower, the mid 30s (F) is what some weathercasters are predicting.  I work, so I really don't care.

Yesterday, I had a Zoom call with some of my Navy buddies and of course there were some logistical issues.  I couldn't hear what they were saying for the first 15 minutes.  They could see and hear me, so they heard every "fuck" I said.  I took the call on my writing laptop, the one I use to make videos, so I checked sound output.  That's where I discovered the issue:  most likely during one of my Windows updates, the sound output had been switched to the microphone.  So, I changed that, and still I couldn't hear them.  Nothing was working..  It turns out that Zoom sound output works independently of they system output, so I had to tell it which output to use, and, of course, it was trying to play sound through the microphone.  Lessons were learned.

I've had several invitations for Thanksgiving.  Hhhmm.  All of them, I kid you not, put me in contract with rabid Trumpists.  I find it frustrating to keep from lashing out, so I've decided to stay home and work on the book.  Subconsciously,  I decided this a while back, going to far to purchase a turkey breast in advance.  It's slowly thawing in the refrigerator. 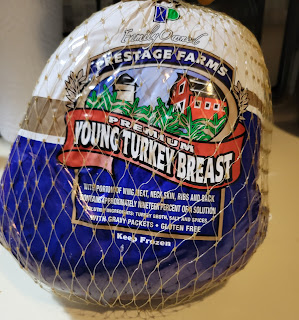 Of course, word is going around that a leak back in 2014 regarding the Supreme Court's decision with Hobby Lobby can be sourced to Sammy Alito.  Why should that not surprise anyone? What this does imply is that Sammy has been working for some time to tear down the wall separating Church and State.  And here people thought he believed in that separation, however that couldn't be farther from the truth.  He wants a devoutly Christian state, in which religion plays the most prominent role.  This revelation also makes it quite probable that Sammy, being quite pleased with the decision to turn over Roe, had to just tell a few of his Christian extremist friends.  He must be rather frustrated to see that the American people are so soundly rejecting his efforts.
And, finally, headlines flashed that Elon Musk was reinstating Trump on Twitter.  He based his decision on a poll he ran on Twitter.  The response was not overwhelming.  Of the hundreds of millions of people on Twitter, only around 25 million responded.  An understatement would be that the app is in horrific turmoil.  Over 1200 employees took his severance package offer.  Long time users are turning to other apps: Mastadon (God and George Takei, among others are there), and Tribel.  Musk is going to completely ignore the fact that Trump used Twitter to incite an act of sedition, mostly because if Trump comes back, he's going to bring with him about 100 million followers.  That's a lot of money if they choose to stay and pay for the blue check mark.  The truth is that everyday, Musk is growing more and more frustrated because everyday his level of incompetency seem to rise.