So another none Friday has arrived.  I'm off today and, as usual, working the weekend.  My next day off isn't until Tuesday, after that it's Thursday.  I mentioned to the scheduler that I want Consecutive days off.  Working every other day is too much like working full time.  She has yet to actually make me part-time in the system.  Once she does that I can set up my own availability.  I don't what is taking her so long.  That should have been one of the first things she did last Monday morning, prior to writing schedules for the week.

Sheetz Roofing is going to get a call this morning with the go-ahead to shingle my roofs.  Working at the largest home improvement retailer in the world does give me access to 'professional' opinions, and across the board, every body I talked to said I was getting a deal.  I pretty much knew that, but it never hurts to check.

I ordered new running / walking shoes and they arrived yesterday.  Asics.  Very decent quality.  I've been wearing the last pair I bought to work, and to mow the lawn, and... well all over the place and they now look very well worn.  The new ones are definitely not meant to be worn anywhere other than on a treadmill. 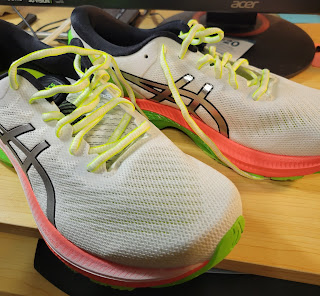 And what about that Cracker Jack Crazy state of Texas, home of the Texas Taliban?  Well, they're not really Muslim so we can't say they are completely Taliban, they're Crazy Christians with a 2 term Governor who believes the only way to stay in power is to out crazy the craziest.  Only 40% of the population is white, yet white Cracker Jack Crazy Republicans have redrawn the maps to attempt to gerrymander themselves into power for another 10 years.  The state removed an LGBTQ page meant to help and provide answers to youth because an anti-LGBTQ loon started shrieking his loon tunes about its evil.  The Southlake School District, a site for home grown Texan white supremacy, has stated that there needs to be a balance to books talking about the holocaust...  that's right school library's need to offer opposing views regarding that Nazi horror.  I do not doubt for a second that the state will become a magnet for hate groups, since that appears to be the only way they can grow their MAGA base.