I slept in again today.  That's becoming a bit of a habit, not necessarily a bad one either.  That's a sign my back is improving, no painful muscle spasms waking me up every 2 hours, and no need to apply a heating pad for 45 minutes.  With a return of the sleep come the odd dreams again.  Last night I dreamt I was investigating deaths in high rise nursing homes and instead of finding bad stuff, everyone was nice, plying me with food... on every floor.  They were so nice, I found myself doing laundry in the basement using jet powered washers, until I finally ended up at the dessert tables (plural) at my college reunion.  Food played a major role.

As for my back, an MRI has been scheduled for tomorrow morning.  Getting the call was a bitch.  My phone kept thinking the Radiology Department at the VA was a spam caller and kept disconnecting. 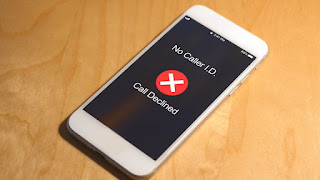 I understand Kristen Sinema is not happy.  Now, isn't that a shame.  Some say she's trying to be an iconoclast, I say she's stuck in 'free thinker' mode.  Look at her history.  She was with the Green Party for a while, then a Bernie Babe, and now... well, she got enough Democrats in Arizona to voter for her to get her into the Senate.  She has always been a free thinker.  She likes that, to be able to change her mind when she wants, to choose a different viewpoint because it tickles her neurotransmitters differently.  She doesn't want to explain herself, and so rarely gives interviews, and her statements are mostly framed by negatives.  She's being badgered to explain herself, and she can't.  To do so would mean she stood for something.  Free thinkers rarely stand for anything which will lock them down.  Getting behind something, giving reasons why you object to something, or are voting against something takes away your freedom.  Believe me, she will never stand for anything.