Last night I had a dream

An appointment has been made for my booster shot:  11/12/21.  This is a good thing, as a day doesn't go by that I don't get older.  Wouldn't be nice if we all got free, no aging weeks every now and then, sort of like Social Security checks?  You know?  A couple days here, a couple of days there, just to slow the process down a little?

Strange dream time:  So, I had this dream last night.  I was running through a vineyard with other people, and we were trying to escape from something.  Fiery explosions started all around us, and I was injured and for a few moments in a triage tent where I was given a shot.  Then I was outside on a lawn with a man and his two children; they were playing.  We moved into a large room with fine wooden wainscoting on the walls.  The walls above were bare, and I thought there should be paintings.  Several middle eastern men came in and I was taken to another room with a hole in the floor and they began lowering me into a room with water.  I realized the water was too deep for me to stand, so I told them to stop.  As I did so, I was outside watching and saw that we were in a tall skyscraper, and as I watched, the building began to crumble.  Then I was back in the room with the fine wainscoting, the man and his two children.  Another man wearing white shorts and a T-shirt joined us. I could not see his face.  He took off his T-shirt and laid down beside me on a chaise.  As he touched my leg and said, "you're hairier than me," and I understood that this other man was actually me, and we were the same person and yet different.  And then my alarm went off and I woke up.  I dream in color, so this was rather vivid.  Are there any dreamsayers out there? 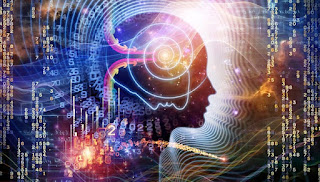 And isn't politics running rife in Virginian, like a very Republican joke.  Did you hear the one about the mother who's complaining about a book her son read 10 years ago as a senior in high school, and who is only now objecting to it?  Did you hear, her son is actually an attorney working for the Republican Party.  Or that the book is actually by a black Pulitzer Prize winning author.  Or how this woman wants to 'Cancel' this book?  Oh, wait, that can't be right.  Republicans are all for free speech, at least that's what they say.  Wrong.  Vote Blue.  We need to move these losers way past the sidelines where their ugly, selfish voices will be moot.